The reinforced concrete bridge was one of the last existing “Möller-Bridge”, designed by Prof. Möller at the beginning of the 20th century. The bridge crossed a small stream at the border between Lower Saxony and Saxony-Anhalt (Ls = 5.80 m). Due to the inner German Wall the bridge was nearly 40 years unused but without maintenance as well.

A bridge investigation assessed several serious damages as cracks, corrosion and spalling. The permitted loads were reduced to a total weight of 2.8 tons, so that the primary use of the state road was brought to an end. Load tests should proof if the permitted loads could be assessed for 16 tons (DIN 1072) at least.

The experimental safety evaluation involved the superstructure, the supports, the abutments and the foundations. The load was increased infinitely variable using the dead weight of the BELFA as counter force. The target loads were calculated in advance to reach the maximum stress conditions of each building element. They took into account all dead loads and live loads according to the recommendations including partial safety factors.

Several reactions were measured during the tests to analyse the particular condition of the structures, e.g. deflections, settlement of abutments, crack width, steel strain. They were recorded and at the same time monitored on a screen as load-reaction-curve. All reactions stayed below the precalculated prognosis. Every load case was completed with an assessment of the long term behaviour (change of reactions under constant service load). After approx. 15 minutes the load was reduced again since the reactions were constant. It was proven, that the load carrying behaviour doesn’t change and the influence of creeping effects was insignificantly low. The successful experiments were concluded as following:

Additional investigations showed solutions to ensure durability: none of the detected faults affected the load carrying capacity. Nevertheless some rehabilitation measures were supposed, e.g. the renewal of the waterproofing layer or the rebuilding of the corrosion protection at the exposed flat steel bar. 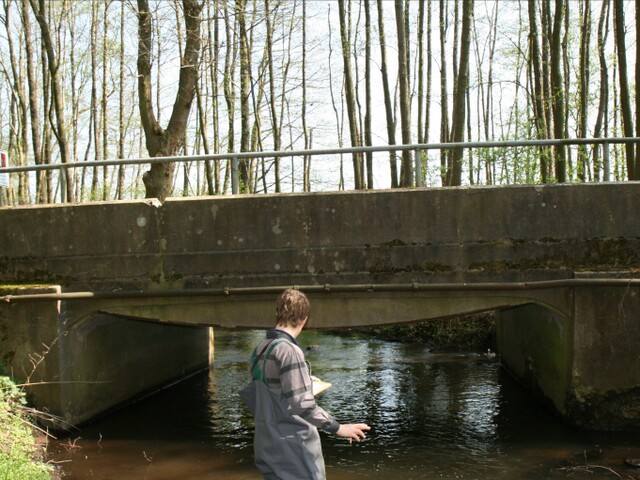 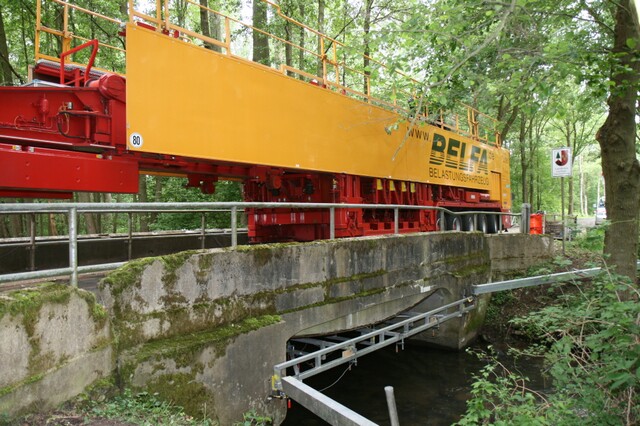 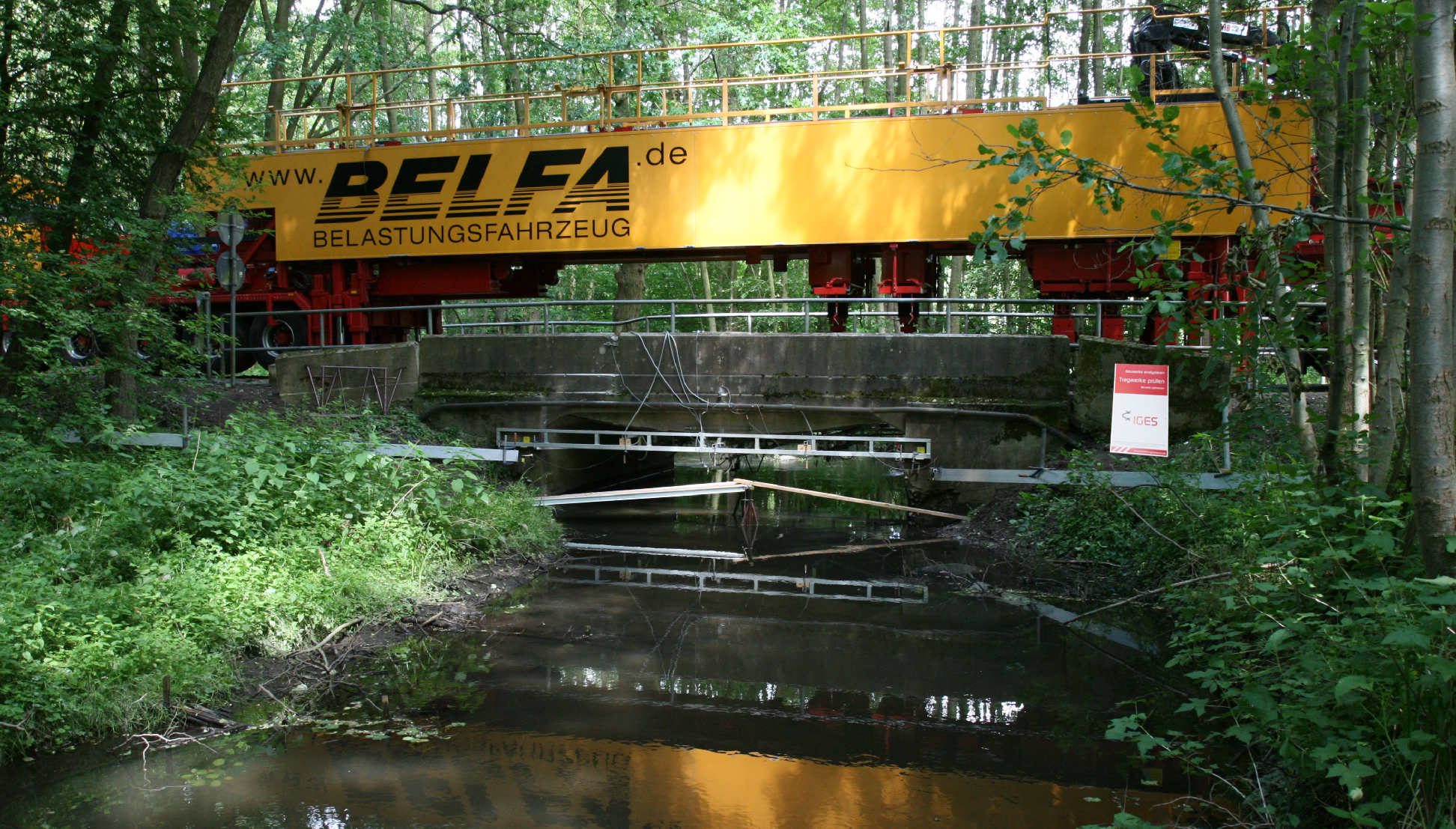