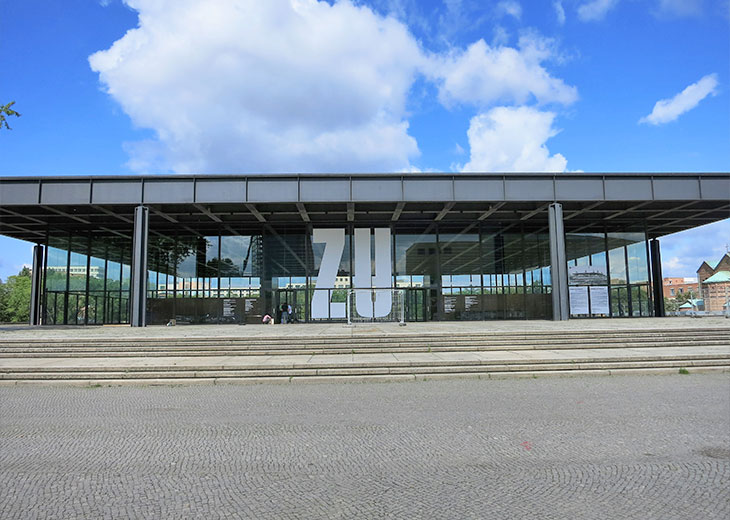 During the general overhaul, samples taken from the ceiling showed that the reinforce­ment hoops had not been installed in accordance with the relevant standard. The con­crete covering was therefore partially missing and the upper, bent-open hoop-ends were exposed outside the surface plates. Since the hoops were too deep, the thrust evidence near the bearing could neither be modeled nor derived, because the load transfer could not be calculated. A lack of proof of the load-bearing capacity would have had far-reach­ing consequences to the-building measures on the ceilings, including strengthening measures, dismantling, and new construction. In 2015, to receive dependable infor­mation, test loads were applied to selected areas in accordance with the guideline for load testing by the German Committee for Reinforced Concrete (DAfStB).

The loads were cyclically increased in increments up to the experiment’s target load, to achieve the nominal stress including all the safety sub-factors in the load-bearing structures. Since no critical criterion was exceeded, the desired load capacity (5.0 kN/m²) could be proven, making strengthening or demolition measures and new construction unnecessary for the ceilings.

This project was published in JOVIS: Refurbishmant of an Architectural Icon 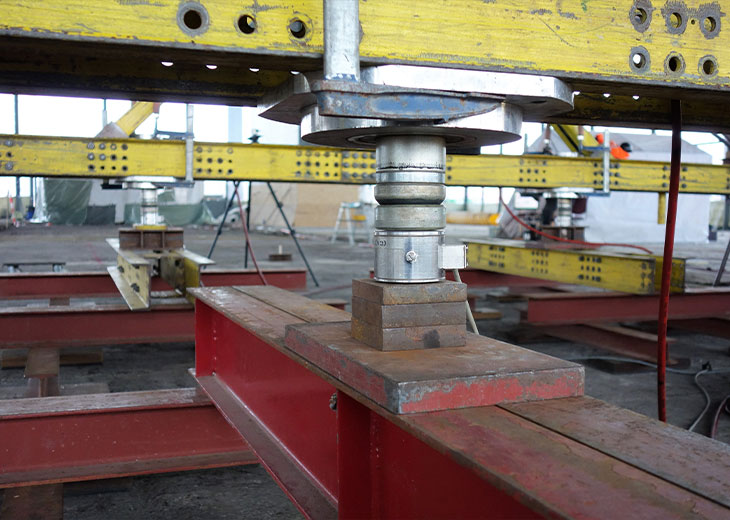 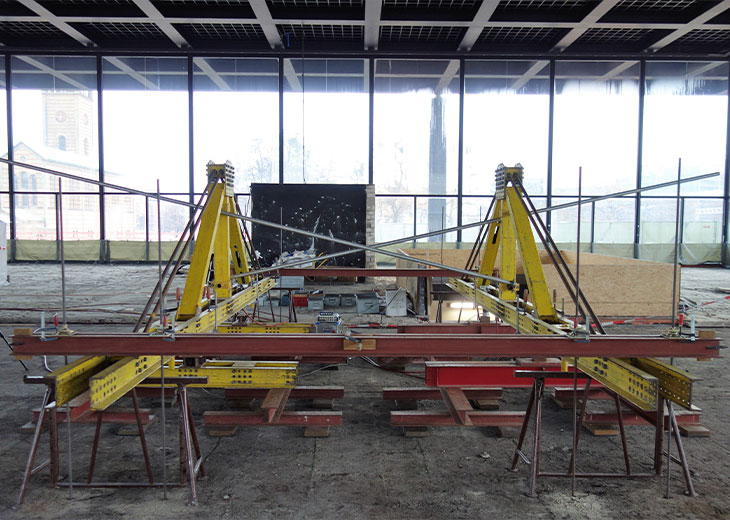